Sage Intacct hosts their 12th annual Advantage conference at the MGM Grand Las Vegas Hotel & Casino, and with an impressive 3,500 partners and customers attending, it was their biggest one yet.

With the official Sage Intacct launch for the UK approaching, this was Percipient’s first Sage Intacct Advantage conference and the five day event was certainly a memorable one for our team.

The conference kicked off with the first two days focused around the Sage Intacct partners, with a range of hands-on sessions and several keynotes delivered by product and industry experts. The event provided an exciting and invaluable platform for the team to obtain a deeper understanding of the business critical software, and the Percipient team were eager to get stuck in.

In the opening keynote, Marc Linden, CFO of Sage Intacct, and Aaron Harris, CTO of Sage, took to the stage to give the technology update; proudly announcing the upcoming release of Sage Intacct Intelligent General Ledger – a fusion of artificial intelligence into Sage Intacct.

It was clear that innovation took centre stage at this conference. Intelligent GL is focused on shifting finance teams from looking at a periodic point in time to delivering continuous strategic value. 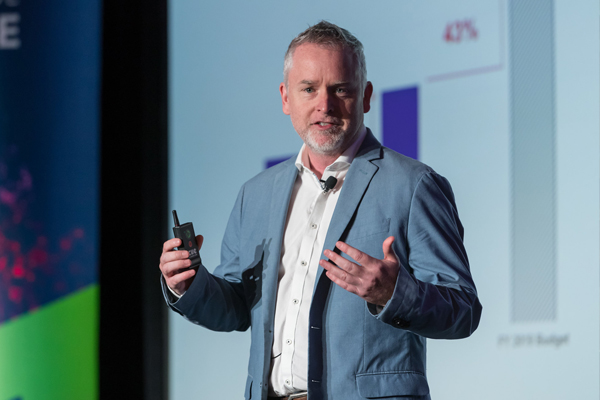 We were shown how embedding AI and machine learning capabilities directly into Intacct Intelligent GL, allows customers to accelerate success. The Intelligent GL delivers strategic value through several AI-enabled use cases, such as intelligent time capture to accelerate time to revenue. It was evident from this keynote that Sage Intacct are equipping customers for the future of finance.

Aaron then announced that it is time for monthly statements to become a thing of the past and the close to be eliminated. With the close being something which accountants dread the most, you can imagine the reaction in the room to this incredible announcement.

The second half of the week included a variety of hands-on sessions that clearly demonstrated just how powerful and easy to use Sage Intacct is.

In the ‘Building Dashboards’ session, being able to build a dashboard in a matter of minutes reinforced that Sage Intacct has managed to make reporting and the visualisation of data so straightforward. At Percipient, this is something we know our prospects will also be blown away by.

Guest speaker Erik Wahl, an internationally recognised artist, number one bestselling author and TED speaker, was able to captivate the whole room in his keynote session.

Erik delivered a key message on the importance of imagination, creativity and repressing our fears. His use of his talents and art was a brilliant way to share his views. It was a positive reminder of  how important these qualities are, even in the financial world which can often be thought of as structured and lacking in creativity.

With innovation a key focus in the on-going development of Sage Intacct, the need to think differently and use that creative side is paramount.

The Advantage Marketplace Expo was a terrifically organised part of the conference, showcasing a broad array of partners in one location. It provided a great opportunity to network with those offering pre-integrated solutions and watch demonstrations of these extensions to Sage Intacct.

With a variety of activities to get involved in and mix with other attendees, the ‘Paws and Relax Zone’ was a great touch and the Percipient team enjoyed take a time out from the busy conference schedule to relax for a few minutes with the lovely local therapy dogs. The overall vibe was amazing, and the time we spent there networking and making new connections will allow us to help our customers get the most out of Sage Intacct.

At Sage we let our customers do the talking and they’ve spoken loud and clear that Sage Intacct delivers true value while enabling them to accelerate their success.

Overall, Advantage 2019 was an extremely encouraging event for the start of Percipient’s Sage Intacct journey.

The key takeaway messages around innovation and the developments in AI, a focus on customer success – Sage Intacct is rated number one for customer satisfaction by G2 Crowd – and the amazing networking opportunities, has filled the team with confidence.

With an exciting 12 months ahead of us, we will take the knowledge gained in Las Vegas to deliver even more value for our customers.

If you would like to know more about Percipient or how we can help your business to grow with Sage Intacct, get in touch or call us on 01606 871332.