How Digital Priorities Have Changed for Charities

Chris Stock looks at how digital priorities have changed for charities in the wake of COVID, and examines the opportunity for adopting new means and models for the future.

For charities, this digital acceleration has been particularly prevalent. Progress in the sector has, arguably, been slower than in other industries, as cost pressures have resulted in digitalisation taking a back seat to make way for more immediate, tangible initiatives.

In fact according to a report published last year by The Charity Digital Skills Report, over half (51%) of charities don’t yet have a digital strategy in place, largely as a result of lack of funding and a lack of digital skills.

Adapting to a New Era

When you consider that as a sector, the pandemic means charities have had to adapt to new ways of raising funds in the absence of events and face to face activity, while reaching out to beneficiaries who might not have access to online services, such as the homeless or ageing communities, it’s no wonder it’s been a juggling act. This in turn has caused organisations to expedite digital projects to find new means and avenues to raise both funds and awareness.

While traditionally, events have been crucial to fundraising, relationship building and awareness for the charity sector, organisations have adjusted to the absence of face to face opportunities, opting for virtual versions instead. Although this kind of event model demands a shift in mindset, it also brings a wealth of benefits. As well as minimising the cost of hosting, eliminating for example venue hire, and catering, and maximising the number of potential attendees, virtual events provide an opportunity to convey messages in an efficient, effective way, to a greater number of engaged attendees.

Gaming is another area which has been embraced by charities as a means to drive awareness. Capitalising on the lockdown-driven surge in gaming and streaming, Help for Heroes launched #HeroUp, which comprised a week-long live streaming series aimed at educating a younger generation on the charity, and encouraging fundraising beyond lockdown, as well as to raise more immediate funds.

In a similar vein, more and more charities are using social media platforms to engage with a much wider, and crucially, younger generation of supporters. Given that the latest Global Trends in Giving Survey, highlights that 80% of all donations in 2020 were made digitally, a number which seems highly likely to increase in 2021, it’s a digital avenue to ignore at one’s peril.

It’s important to keep in mind that a digital front end can only ever be as successful as the back office allows, so having the right foundation is paramount.

Deploying a platform designed to streamline processes, facilitate both ease and quality of reporting, and delivering better analysis of income and expenditure to boost visibility is crucial.

And as regulatory requirements mandate transparency to demonstrate the breakdown of income, getting this right is paramount in moving to a digital, or indeed hybrid digital operating model. 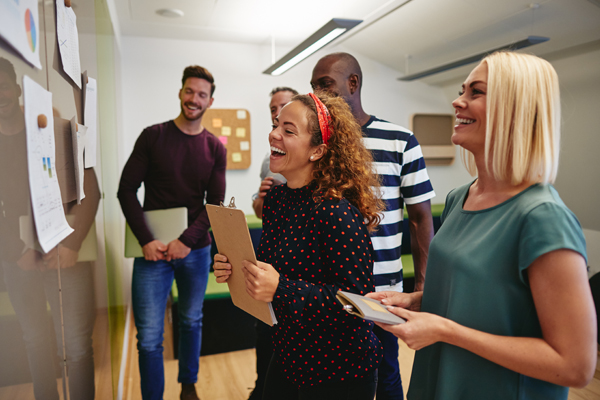 A Future Built on Versatility

There’s no doubt that the pandemic has brought into sharp focus the importance of digital in delivering fundraising initiatives and services. It is fundamental to have the right back office systems in place, not only to ensure transparency and openness with stakeholders, but to understand precisely which areas are worthy of investment, and to facilitate investment in associated areas.

Looking ahead, digital will continue to shape charities’ business models in future planning. 2020 was very much a year of having to adapt, and 2021 looks to be a year of embracing new digital models to deploy initiatives efficiently, capitalise further on increased use of social media, gaming and streaming, and to engage more effectively with supporters.

While the idea of completely virtual charity seems unlikely, a versatile approach which encompasses both digital and face to face is most definitely here to stay.

We specialise in using cloud-based finance software to help non-profit and charity organisations to bring together core business functions to provide greater control over their finances, improve operations, minimise costs, increase transparency and ensure compliance to both industry and international legislation.

Get in touch today to speak to one of our experts, or book a product tour to see Sage Intacct in action.